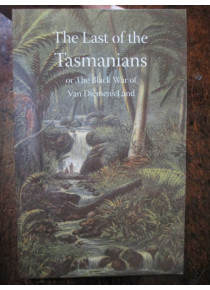 LAST OF THE TASMANIANS, or The Black War of Van Diemen’s Land by J Bonwick

This book is a facsimile copy﻿ of the one first printed in 1870 and has first hand accounts of the conflicts between Colonists and the original Tasmanian Aboriginals.

The Black War is a term used to describe a period of conflict between British Colonists and Tasmanian Aborigines in the early nineteenth century, the conflict had such impact on the Tasmanian Aboriginal population that they were reported to have been exterminated.

The Black War was prompted by the rapid spread of British settlers and agricultural livestock throughout areas of Tasmania that had been traditional Aboriginal hunting grounds﻿.﻿