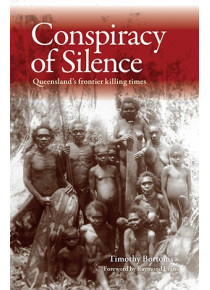 As Europeans moved into new lands in Queensland in the 19th century, violent encounters with local Aboriginals mostly followed. Drawing on extensive original research, Timothy Bottoms tells the story of the most violent frontier in Australian colonial history.

'This is an important, well researched book: challenging, compelling and controversial. It is a must read for anyone interested in Australian history.' - Henry Reynolds

The Queensland frontier was more violent than any other Australian colony. From the first penal settlement at Moreton Bay in 1824, as white pastoralists moved into new parts of country, violence invariably followed. Many tens of thousands of Aboriginals were killed on the Queensland frontier. Europeans were killed too, but in much smaller numbers.

The cover-up began from the start: the authorities in Sydney and Brisbane didn't want to know, the Native Police did their deadly work without hindrance, and the pastoralists had every reason to keep it to themselves. Even today, what we know about the killing times is swept aside again and again in favour of the pioneer myth.

Conspiracy of Silence is the first systematic account of frontier violence in Queensland. Following in the tracks of the pastoralists as they moved into new lands across the state in the nineteenth century, Timothy Bottoms identifies massacres, poisonings and other incidents, including many that no-one has documented in print before. He explores the colonial mindset and explains how the brutal dispossession of Aboriginal landowners continued over decades.﻿