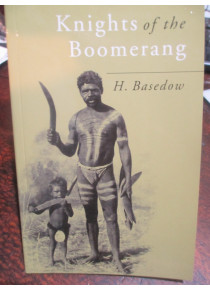 Knights of the Boomerang by H Basedow

$25.00
Knights of the Boomerang by H Basedow

These early aboriginal stories are always interesting reflecting on what aboriginal life was like historically in pre settler times. The narrative is supported by many period photos.