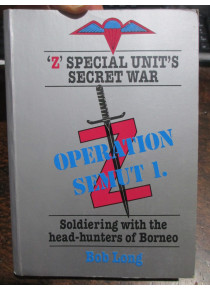 Operation Semut was a series of reconnaissance operations carried out by Australia's Z Special Unit in 1945, during the final stages of World War II. This operation was the part of the Borneo Campaign, and was undertaken in Sarawak, northwestern Borneo, in support of Allied operations to secure North Borneo.