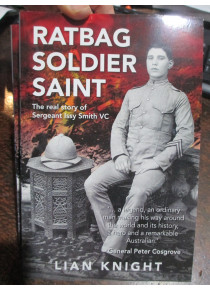 Issy Smith VC was a British-Australian recipient of the Victoria Cross (VC), the highest award for gallantry on 26 April 1915, during the 2nd battle of Ypres, Belgium, he won the Victoria Cross. In recognition of his VC, he was also awarded the French Croix de Guerre and Russian Cross of St. George (4th class) by the respective governments. Smith was born in 1890 and served with the Manchester Regiment, afterwards becoming an active reservist.  In 1912, Smith emigrated to Australia. He lived in the Melbourne suburb of Ascot Vale while working for the city's gas company. Retained in Britain as a reservist, Smith was mobilised in Australia by the British Army after the commencement of hostilities in August 1914. Thus, he had to return to Manchester for war duty, he travelled back there with the AIF.

Post-war he returned to Australia and lived in Moonie Ponds Victoria.