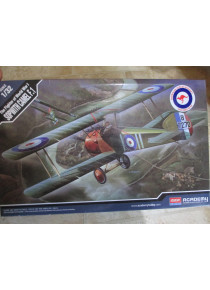 No. 4 Squadron was established as a unit of the Australian Flying Corps (AFC) at Point Cook, Victoria, on 16 October 1916.
The unit arrived in France on 18 December 1917. During its time on the Western Front, it was assigned to No. 80 Wing. Operating Sopwith Camels, it performed fighter sweeps, provided air support for the army, and raided German airstrips. No. 4 Squadron claimed more "kills" than any other AFC unit: 199 enemy aircraft destroyed. In addition, 33 enemy balloons were destroyed or driven down.

9 other products in the same category: