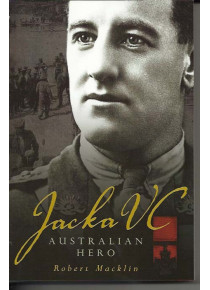 Albert Jacka was the people's hero of the Great War. In 1919 he returned to a triumphant welcome as thousands lined the streets to cheer the first Australian to be awarded the Victoria Cross, at Gallipoli.
In Belgium and France he had won the Military Cross twice and many believed, with Charles Bean, that they should have been VC's. He was beloved by his troops but resented by his superiors.

In peace time he ran a successful business but then returned to battle for his mates and their families as the Great Depression threatened everything they had fought for. It was the hardest fight of all.

The man himself has been an enigma, until now. With forensic skill Robert Macklin reveals an extraordinary character - a very Australian hero.