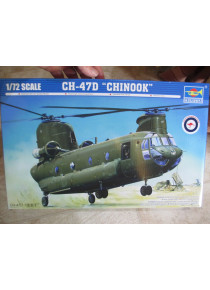 The Australian Defence Force has operated Boeing CH-47 Chinook heavy-lift helicopters for most of the period since 1974. Thirty two of the type have entered Australian service, comprising twelve CH-47C variants, eight CH-47Ds and twelve CH-47Fs.

A further two CH-47Fs are scheduled to be delivered in 2022. Decals are supplied for two Australian Army aircraft depicting the A15-202 "Centaur" and A15-201 "Courage" copters. The Australian Chinooks took part in Australian operations in Afghanistan - Two Australian CH-47Ds were destroyed in Afghanistan. Also known well to Australian troops in Vietnam when they were being ferried by American Chinooks.
The Chinook is the longest running continual production program in the history of the Boeing Company.