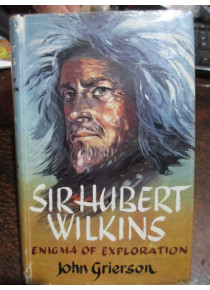 Biography Sir George Hubert Wilkins MC & Bar (31 October 1888 – 30 November 1958), commonly referred to as Captain Wilkins, was an Australian polar explorer, ornithologist, pilot, soldier, geographer and photographer. In 1917, Wilkins joined the Australian Flying Corps in the rank of second lieutenant. Wilkins later transferred to the general list and in 1918 was appointed as an official war photographer. He was awarded the Military Cross after he assumed command of a group of American soldiers who had lost their officers during the Battle of the Hindenburg Line, and became the only official Australian photographer from any war to receive a combat medal. He was described by Sir John Monash , as the bravest man he had ever met.