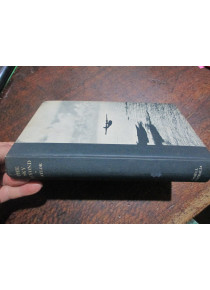 $70.00
The Sky Beyond by Sir Gordon Taylor
Autobiography life story of Sir Patrick Gordon Taylor, GC, MC (21 October 1896 – 15 December 1966), commonly known as Bill Taylor, was an Australian aviator and author. He was born at Mosman, Sydney, and died in Honolulu.

Taylor attended The Armidale School in northern New South Wales. At the beginning of the First World War he applied to join the Australian Flying Corps but was rejected. He subsequently went to Britain and was quickly commissioned into the Royal Flying Corps in 1916, joining No. 66 Squadron. He was awarded the Military Cross in 1917 and promoted to captain, also serving with Nos. 94 and 88 Squadrons.

Following the war he returned to Australia and embarked on a career in civil aviation, working as a private pilot and for de Havilland Aircraft Company in the 1920s. He flew as a captain with Australian National Airways 1930–31. He also completed an engineering course and studied aerial navigation.

Gaining notoriety when he served as second pilot or navigator on pioneering flights with Charles Kingsford Smith, Charles Ulm and others.

In 1943 he was commissioned a flying officer in the RAAF, transferring to RAF in 1944. During the Second World War Captain Taylor served as a ferry pilot with the Air Transport Auxiliary - thus the catalina on the front cover.