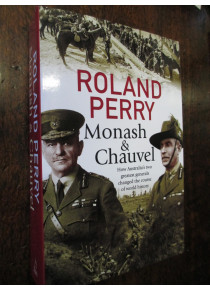 Accredited, best selling, Australian World War I author Roland Perry, records this fascinating and compelling account of their extraordinary careers and the men under their command.

﻿A large book of 567 pages with select photographs printed on coated plates.