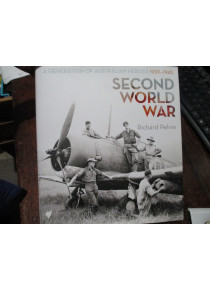 This beautifully illustrated book is a moving pictorial record of the Second World War as experienced by the Australian men and women who contributed so much. More than 500 rarely seen photographs, historic maps, letters and diaries from the Australian War Memorial archives bring the Second World War to life and create an intimate portrayal of the very human side of battle.

Australians fought in North Africa, the Mediterranean, Europe and across the Pacific. In these theatres of war, despite the hardships, the horrors and the loss of life suffered, the inextinguishable bravery, dignity and spirit shown by the Australians make the Second World War one of their greatest endeavours as a nation.