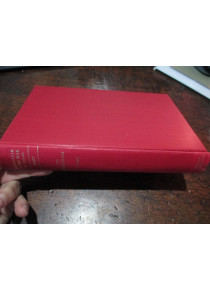 This military history book is Volume 1 Army Series 1 of the Official Australian Army's History of WW2 published by the Australian War Memorial.
'To Benghazi' by G. Long. First published 1952 and this is that 1961 edition. This volume follows the 1938-1941﻿ History of the second AIF through Bardia, Benghazi capture Tobruk. Fully indexed, 30 printed photos and 30+ maps &. It is interesting to note these Official History of Australia in World War 2 was as a result of representations of C.E.W. Bean. The provisional plan was approved by the War Cabinet in 1943.