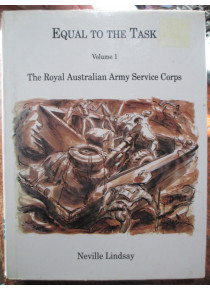 Equal to the Task "the Australian Army Service Corps History.

Has interesting pictorial evolution of the Service Corps vehicles and Roll of Honour all wars up to Vietnam War.