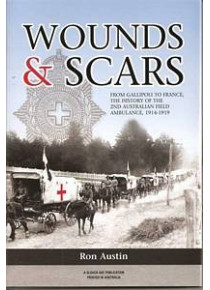 This is a military unit history book of the 2nd Fld Amb which was raised in Victoria in 1914. After training at Broadmeadows camp the unit sailed to Egypt and after several months training in the desert they landed at Gallipoli with the 2nd Brigade on the 25th April 1915.

The work done by the Stretcher Bearers in evacuating the wounded from Gallipoli is often described in the words of the participants. After the evacuation of Gallipoli the unit trained in Egypt before moving to the shell-pocked, muddy wasteland of the Western Front in April 1916.

The same dedication to duty continued through the three long years in France and Belgium. The use of personal diaries and letters enhance the story of this fine Victorian AIF unit.