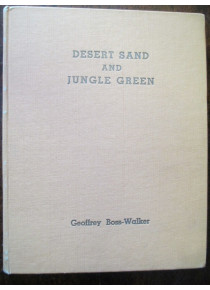 It arrived in Egypt in January 1941. In early 1941 the Ninth Division advanced to Libya and garrisoned in an area east of Tobruk. After German Afrika Corps counterattacks the Division garrisoned in Tobruk. The Battalion was withdrawn during the Siege of Tobruk and returned to Palestine and Syria.

It then took part in the El Alamein campaign.

Later the Battalion was recalled to defend Australia from the Japanese onslaught. In the Pacific theater the Battalion saw service New Guinea around Lae and Borneo.
This book has an Chronological﻿ narrative of the battalion's operations but is sought after for its﻿ vast amount of photographs.﻿