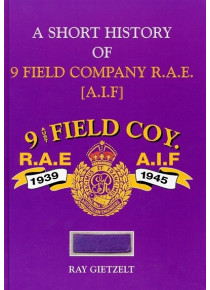 During the Pacific War, this Australian Army unit was one of eight engineer companies, that were subjected to the extremes of climatic and geographic conditions in New Guinea. Their task commenced at a time when the Allied command was faced with the dire threat of an invasion of Australia by the swiftly-advancing Japanese armed forces.

The project was for engineers to build the 'Bulldog-Wau Road' from the south coast of New Guinea to the battlefront at Wau. It was needed to provide a vital supply line for our defending troops who were courageously withstanding a savage onslaught by the Japanese. In 1945, the CRE Colonel Reinhold, acknowledged, 'the loyalty of the sappers, officers and men alike, is beyond praise. They toiled, sweated and froze in surroundings of indescribable difficulties ... they were told the road was essential to the furtherance of the Commander's plans ... and for the security of the troops north of the Owen Stanley Range. Whilst such men live there is reason to be confident of the future of Australia.'

The conditions on the Owen Stanley Range, under which engineers worked and lived, forged a lifelong spirit of comradeship and mateship that has endured over the years. A unit of 251 men at full strength, demonstrated a commitment to each other and to our country in wartime that was maintained when peace came.

Since the war they have participated in every Anzac Day march since 1946 and again proudly commemorated the Spirit of Anzac, when they celebrated their 60th anniversary of their reunion in 2006.
Great book well written, has a section on a 1984 return trip the veterans made to the old battle lines which I found very interesting. Don't know why the author put in the title "short history" asit is quite a sizable history and a large format book.