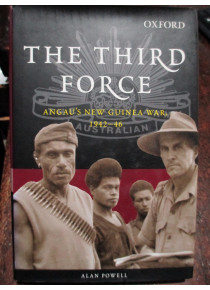 This book traces all major aspects of ANGUA's war. It provides the only full-length study of Papua New Guinean interaction with Australian and American armed forces in the Second World War, filling a considerable gap in the study of Australia's colonial administration and New Guinea's political and military history.﻿