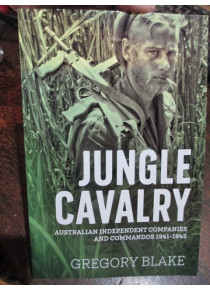 The Australian Independent Companies and the Commandos into which they evolved were unique sub-units of the Australian Army during the Second World War. The very concept of such units was a radical one for the deeply conservative Australian Army and came about because of the personal intervention from the Chief of the General Staff, who alone advocated their establishment.

The Independent Companies were unlike any other unit in the Australian Army. They were raised to fight in an autonomous, unconventional manner and while supporting them, were independent of higher formations. During 1942 and 1943 the Independent Companies conducted a multitude of tasks that tested their attributes and skills to the full, be it trekking across and surveying virgin tropical wilderness, long range patrols, raiding and harassing, stalking the enemy and amazingly skilled stealthy close range reconnaissance. As the war progressed, the Army, which had never approved of allowing too much independence to its sub-units, reassessed its requirement for such troops and in a sweeping change transformed the Independent Companies into Commando Squadrons.

These were to be much more tightly controlled than the Independent Companies had been, essentially designed to operate as light infantry rather than a radically unconventional model. Throughout 1944 and 1945 Australian Commandos participated in every campaign fought by the Australian Army.