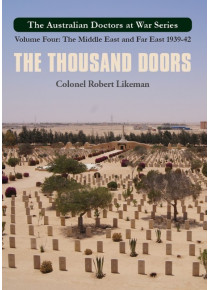 The book has illustrated biographies of doctors who served during the Second World War. The fourth volume in the series Australian Doctors at War, covers the Allied campaigns in North Africa and Syria until the Battle of Alamein, operations in Malaya until the Fall of Singapore, and the expeditionary forces sent by Australia to New Britain, New Ireland, Timor, Ambon, New Caledonia, Nauru and Ocean Island.

Contains over 700 biographies of medical officers who signed up for the Australian Armed Forces from 1939–1942.