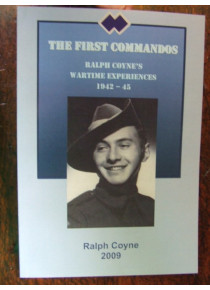 In 1941, Australia was in threat of invasion. Japanese troops could not be stopped on their relentless move south, towards Australia. The Coast Watchers were a last ditch effort by the Australian Navy to provide strategic intelligence for the Allied defence of New Guinea and northern Australia. The Author, Ralph Coyne was a member of the 2/4 Independent Company.
The 2/4th Independent Company were dispatched behind enemy lines into Timor.
They were successful, with Timorese natives assistance, in their guerilla fight against a 20000 strong Japanese﻿ force.

This is Ralph Coyne's story with the 2/4th Independent Company -  He was there!﻿