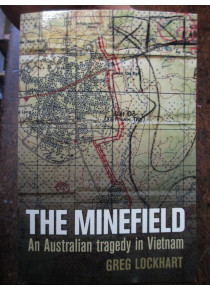 A history of the Australian minefield laid to protect Nui Dat Australian Base in the Phuc Tuy Province in 1967.

The Viet Cong simply dug up many of the 20000 M16 mines and relaid them against Australian assets. This played havoc with Australia's military operations in Vietnam and constituted the greatest tactical blunder in Australian Army military history since World War Two.﻿

The M-16 antipersonnel mine was tremendously powerful. In one incident in February 1967 one mine hurled an 11 ton Australian APC
15 mtrs through the air resulting in nine men killed and 20 wounded.﻿