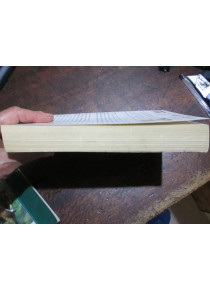 In 1969 a ragtag unit of 39 men were thrown together at Nui Dat, Vietnam. It was so slapdash a group it didn’t even have an officer or sergeant in charge. A rugged ex-Royal Marine stepped forward to take the lead. Jim Riddle was only an acting corporal but he knew enough of war to keep these young diggers alive. When the platoon was involved in a high risk ambush called Riddle he proved his leadership skills, bringing his men through unscathed and leaving the battlefield littered with enemy bodies. Despite their success, immediately afterwards the platoon was disbanded.

According to the army they’d never existed, theirs was a ghost platoon.

Frank Walker details what happened at that ambush and why the army buried their existence, and the secrets that went with it. His findings are a shocking indictment of the long-term effects of war. The men of the platoon – who’d fought so hard for their country – had to fight again to reveal the truth. But the price was far too high. Ghost Platoon is a gripping story of soldiers who should never be forgotten…..or denied

Below movements of one of the 39 Soldiers.

I arrived in Vietnam as a reinforcement on December 23rd 1968.

After an initial acclimatization period of a month with the Reinforcement Unit, I was posted to the 4th Battalion on January 27th 1969.

I served with the 4th Battalion for about four months. When they were returned to Australia in May, I was officially posted to “6RAR”, but this never happened.  In fact, I was posted to Major George Pratt’s HQ Company as a later document shows.

I served with HQ Company for about six weeks. Then, after a series of contentions that occurred on May 30th 1969 (as a consequence of which that platoon was disbanded) I was posted to my fourth unit — the 9th Battalion (there is no record of this posting).

I was medically repatriated to Australia on July 22nd.