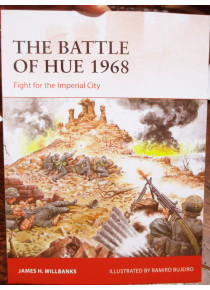 Hue is the old Imperial City Capital of Vietnam located on the banks of the Perfume River. The old Citadel was and still is an imposing fortress made with the aid of the French in the early 19th century. On the 31 January 1968 during the TET Offensive the Viet Cong and NVA captured most of the City. Only the MACV Outpost in the south and the ARVN camp in the north remained in Allied hands. This is the story of the battle which took place to recapture the City. Australian advisors of the AATTV (The Team) took part in the Battle.