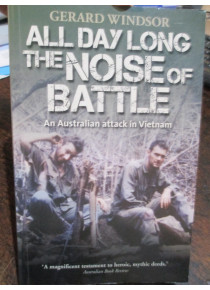 All Day Long the Noise of Battle An Australian Attack in Vietnam By G Windsor :

Historical account of a Operation Coburg / battle that was conducted by 7th Battalion RAR during the Tet Offensive in Vietnam in February 1968. 7th RAR Australian infantry " C "company assaulted a North Vietnamese bunker complex. This was the longest sustained attack fought by Australians during the Vietnam War, the soldiers attack lasted three days.

Before the publishing of this book the battle was largely unknown in Australia.  What happened? Why did these men fall through the net of our historical memory? This book answers those questions.
Has a list of C Company Soldiers down to their section. Many nice pictures of participates.