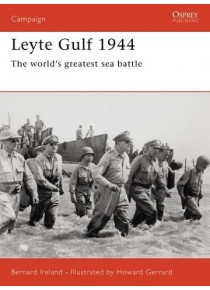 Leyte Gulf was a key victory for the United States- its scale dwarfed previous sea conflicts and its outcome created an opportunity for the US forces to invade the Philippines - Making Macarthur's promise 'I Shall Return'. Four different battles - Leyte, Samar, Cape Engano and the Suriago Strait. The Japanese planned to claim a 'Trafalgar' style victory over the US forces. Yet they were defeated in all the battles on the surface, under the sea, and in the air. This highly accessible book describes the conflict's interweaving battles and the personalities of the commanders involved in what has been called 'the greatest sea battle of all'.﻿