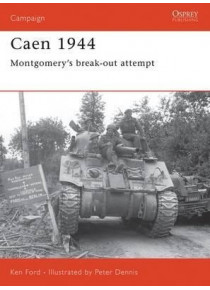 The largest city in Normandy, Caen's position at the extreme left of the Allied beachhead gave it major strategic value for Allies and Germans alike. With the German defendants determined that the city should be held at all costs, General Montgomery's fight for Caen became a long and bloody battle of attrition until 21st Army Group finally took possession of the devastated city on 19 July 1944.

This book describes the battle, revealing how, as a result of the British failure to take the city early in the campaign, Caen and its population were immolated - a fate for which Montgomery has been held personally responsible ever since.﻿