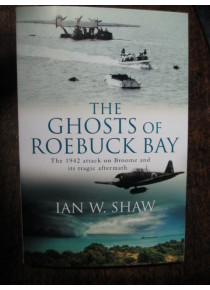 History of the Broome Japanese Attack 1942

On the 3 March 1942  Broome was attacked by 9 Japanese Zero fighters which bombed the town and airstrip where US planes were stationed. It was the 2nd most deadly air raid on Australia soil in our history and yet it's almost entirely overlooked.

Without any notice, the town could only put up minimal opposition and in an attack that lasted only an hour, almost 100 men, women and children lost their lives. Not a single operational aircraft remained in Broome, but the shocking loss of human life can never be truly calculated. The Ghosts of Roebuck Bay tells the history of this tragedy, shining light on a story that has slipped through the cracks of history.