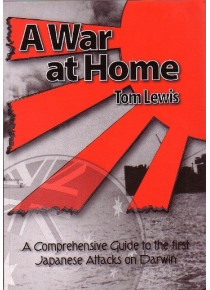 A comprehensive guide to the first Japanese attacks on Darwin on 19th February 1942, written by Dr Tom Lewis, OAM. An essential reference work on this controversial subject that includes a full list of those killed as well as other detailed appendices. It also includes fascinating information on what wartime sites are still accessible in and around the northern capital.
Originally published in 1999, until recently it has mainly been available only in Darwin itself. This first-class, yet inexpensive, reference book is now in its third edition.