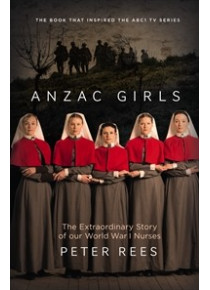 ANZAC GIRLS - The Other ANZACS

The carnage of World War One had never been witnessed before in history. The newly introduced machine guns and artillery had devastating, horrific effect on the bodies of brave men. The medical support was overwhelmed by the extraordinary amount of casualties especially during the early part of the Gallipoli campaign.

The author has undertaken major research, using available books, diaries and letters, written by the Australian WW1 nurses.  This has allowed Rees to produce a trip back in time for the reader, right into hospital camps and the wards, the casualty clearing stations and the battle front.

Previously published under the title of The Other ANZACS, the book was used as a reference for the ABC 6 part mini-series ANZAC Girls. It is being re-released for the screening of ANZAC Girls.