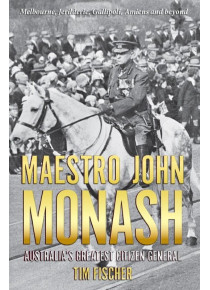 Honorable Tim Fischer was elected to the New South Wales State Parliament, switching to the Federal Parliament in 1984 and was for 10 years Federal Leader of the Nationals, including serving as Deputy Prime Minister and Trade Minister. Upon retirement from the Australian Parliament, he took up various philanthropic and corporate roles. From 2008 to 2012, Fischer was the Australian Ambassador to the Holy See, based in Rome.﻿