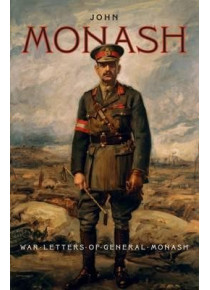 These extraordinary, intimate letters from General Sir John Monash to his wife and daughter, record his experiences throughout World War I, from landing at Gallipoli to leading decisive battles on the Western Front.

Monash describes with great candour the challenges of ordering the lives of tens of thousands of troops and meeting with various dignitaries, including King George.

Regarded as the best allied commander of World War I, Monash writes with remarkable insight, providing one of the most moving personal accounts ever written of an Australian soldier at war.

This edition, reprinted in full for the first time since 1935, contains newly discovered letters, including Monash's moving final missive to his wife before the Gallipoli landing. With an introduction and notes by historian A.K. Macdougall, and new photos, this volume provides unparalleled insight into the experience of Australians in World War I.

'Long before this letter can possibly reach you, great events which will stir the whole world and go down in history will have happened, to the eternal glory of Australia and all who have participated.'