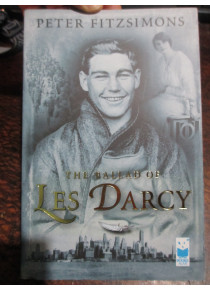 A well known Australian boxer during the World War One period. He was a middleweight, but held the Australian Heavyweight Championship title at the same time.

Darcy became embroiled in the politics of conscription during the First World War, and left Australia for the United States to avoid the aggravation. He died on 24 May 1917 from septicaemia and medical complications, which was speculated to be from dental work he received to replace teeth that had been knocked out during a bout.