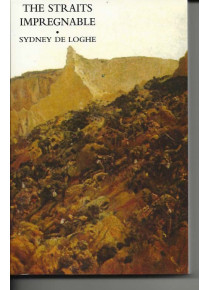 ' The Straits Impregnable ' By Sydney Loch [Sidney De Loghe was a pen name]. ﻿

' The Straits Impregnable ' By Sydney Loch [Sidney De Loghe was a pen name].
As a young soldier on the battlefields of Gallipoli, Sydney Loch witnessed the
horrors of war first-hand. On his return to Australia, he wrote an account of
all he saw, describing his work as a 'novel ' to evade censorship. As the war
ground on abroad and battle raged at home over conscription, Sydney's book,
The Straits Impregnable, garnered widespread literary acclaim. But when the
publisher revealed that it was a work of non-fiction, Australian military censors
swiftly ordered it be withdrawn from sale, and the book vanished..
Loch joined the AIF on the 28/8/1914 as a gunner with the 2nd FIELD ARTILLERY
BRIGADE (FAB) . He was wounded on Gallipoli returned to duty suffered a dangerous
infection of enteric fever so bad that he returned to Australia early in 1916.
Sent back to Melbourne to recover, he began to write this book - one of the
most horrifically vivid accounts of Gallipoli ever penned.

In 2007, a book titled 'To Hell & Back: The Banned Account Of Gallipoli' was
published which was basically a 'reprint with extras' of this book.