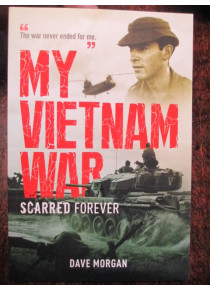 The author Dave Morgan who was from Caloundra Qld enlisted with the regular Australian Army on the 24th July 1967. He done training as Signals and become part of 139 Signal Squadron Enoggera.

On 1 January 1969, he left his family in Brisbane for Vietnam as part of the 104 Signal Squadron RAR. During his term, he served at several fire support bases and was present when Viet Cong made several attacks - during one of those attacks, his pit hole engulfed him.

The author also provides valuable bios of his mates who served with him see pics.