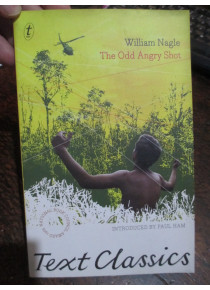 The Odd Angry Shot is the seminal account of Australian soldiers in the Vietnam War. Brief and bracing, tragic yet darkly funny, it portrays a close-knit group of knockabout SAS fighters- their mateship, homesickness and fears; their practical jokes, drinking and fighting. The enemy is not just the Vietcong they've been sent to fight, but their superiors, the mud and torrential rain, and boredom.

This edition comes with a new introduction by the renowned military historian Paul Ham, who writes- 'The Odd Angry Shot reveals...... how war damages and destroys not only life and limb, but also the brains, hopes and dreams of everyone involved...... It is an Australian Dispatches and - like Michael Herr's classic, which came out two years later - it rips the scales from our eyes.'﻿