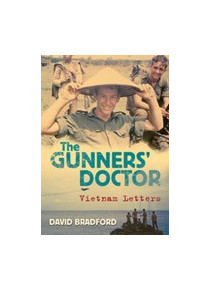 In 2005, David Bradford got the surprise of his life: his elderly mother found an old shoe-box at the back of her cupboard that contained a pristine record of one of the most turbulent times of his generation - and of his own personal life. Mrs Bradford had unearthed every letter that her twenty-six-year-old son had sent home from the Vietnam War.

During his time there, from May 1967 to May 1968, David wrote home almost daily, documenting his experiences as an idealistic Army doctor with the officers and gunners of 4 Field Regiment in the Royal Australian Artillery, and the officers and troopers of a squadron of the 3 Cavalry Regiment.

These selected and edited letters, which were written almost 40 years ago in the chaos of the Vietnam War, are not just detailed accounts of David's daily life, his medical work, and the stresses and pressures of life in a war-zone. They are also, as David admits, a deliberately inaccurate picture of what was a painful forging of his true identity.

David was brought up in a very religious, loving home. He didn't drink, smoke, swear or dance - and he had never once kissed a girl. In his missives from Vietnam, there were deeply personal things he could never tell his family about. As well as protecting them from the worrying dangers and risks of a war-zone, he also shielded them from his doubts and fears about God, faith, the war and communism.

But even more painfully, David hid away what he had always known about himself - he was gay, and his tour of duty in Vietnam was to be a sublimation of what he considered was an unacceptable and reprehensible part of himself.