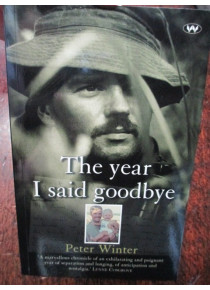 The Year I Said Goodbye by P Winter : New Book

7th Battalion RAR members, family history and researchers will be keen to read this Australian Vietnam War book. An excellent account of an Australian Army Frontline soldier from October 1970 to 1971 told through his highly detailed diary style letters.

In 1998, Peter Winter opened a dusty shoe box filled with musty letters. Heavy with his emotion these letters are a valuable addition to Australia's 7th Battalion history in Vietnam. For Peter, these were the 'ghosts of Vietnam'. Those letters form the basis of this book.
Peter Winter was called up for National Service in the first ballot 1965.
He was a front-line soldier with the 7th RAR during his tour in Phouc Tuy Province Vietnam apart from a few months as a 'pogo'.