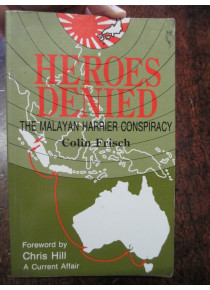 This is the amazing story of 15 Australian soldiers who refused to surrender when the Japanese advanced down the Malayan Peninsular. Their will to survive and evade capture would lead them back to australia.

Several months later, upon their arrival in Australia they were greeted by disbelief and treated like deserters