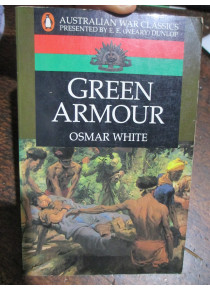 Battlefield Journalist Osmar White's gripping story of the Australian and American forces' struggle against the Japanese invasion of New Guinea in 1942-43 is stark, vivid, chilling.

White is true to his sources - four 'dog-eared notebooks' and his original newspaper dispatches - but it is his sharp recollection of the terrible battles and the courage and endurance of his friends, etched forever on his memory, that makes Green Armour truly unforgettable. White is a first-class writer, with an extraordinary story to tell.