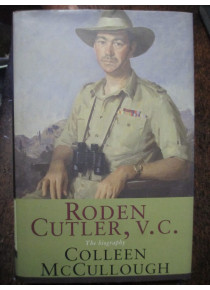 Roden Cutler's list of honours is long and impressive, but it is his sole decoration, the Victoria Cross, that marks him as a hero.
After serving valiantly in WWII (where he lost a leg), he was the Australian High Commissioner to New Zealand at the age of 29. His diplomatic career was to include stints to Ceylon, Egypt during the Suez crisis of 1956, Pakistan and New York.

In 1966 he was appointed Governor of New South Wales, and stayed 'the people's governor' for 15 years.﻿