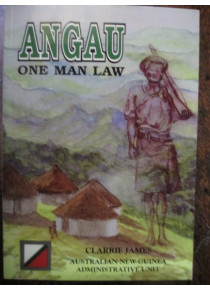 This book is the story of an ordinary Private soldier who was sent to Port Moresby with the 53rd Militia Battalion during World War II.

The Japanese onslaught had begun, fear if not panic become evident throughout Australia's north.

When the 53rd Militia Battalion arrived in Port Moresby there was much chaos and a general state of unpreparedness. The men spent months in manual labor with no time to hone their military skills.

There was an opportunity for the author to volunteer for the Australian New Guinea Administrative Unit (ANGAU). He quickly found himself not in a war with the Japanese but in the mountains above with tribes of warring villagers.

During the war, he was posted to many of the islands east of Papua New Guinea. As the war neared its end, he again was sent to the mountains to take control of an area around Goilala and Mount Albert Edward area.

Also be of interest for Kanga Force Goroka and NGVR researchers.