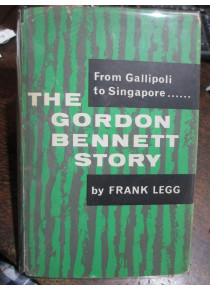 Biography of Gordon Bennett who is noted in history as the commander of the 2nd AIF's 8th Division and the disastrous campaign against the Japanese in Malaya during 1941-1942 and his escape from Singapore just prior to the Fall of Singapore.

However, this is Gordon Bennett's total biography, thus half the book (142 pages) are devoted to his outstanding World War I Service. The rest of the book relates to his World War II service, his controversial escape before the Fall of Singapore in 1942 and subsequent Royal Commission.