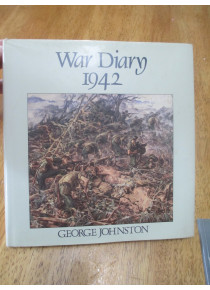 War Diary 1942 ' by George Johnston . The author George Johnston was Australia's first official World War II correspondent. Johnston's diary of the New Guinea Campaign of 1942 was auctioned in the USA during 1979. The diary was purchased by the Australia National Library.

His diary deals almost exclusively with the fighting in New Guinea where Australian troops stopped and turned back the Japanese. Insights of day-to-day conflicts and the disease, hunger and conditions faced by individual servicemen.