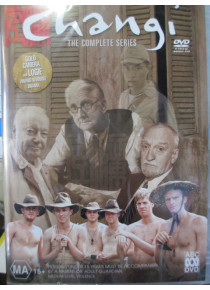 ABC mini series depicting a group of POW recollecting their experiences as prisoners of the Japanese in Changi Prison Singapore.

Written by John Doyle it was an award winning drama when it was released in 2001.
Doyle researched the series by, ' I approached my uncle. He was more than happy to give me hours of his time. He introduced me to members of his group of ex-POW’s who meet regularly and I met with them and we shared a few beers and fish and chips and stared out across the bowling greens at the sunshine while they pieced together bits and pieces of their experiences. At the same time I was listening to Tim Bowden’s excellent Australians Under Nippon series of interviews, looking at the hours of documentary material provided by the ABC and reading various accounts of POW experiences.'