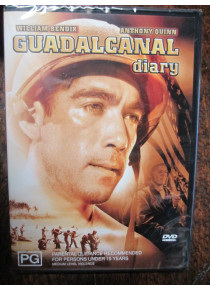 The film recounts the exploits of the United States Marines in the Battle of Guadalcanal, which occurred only a year before the movie's release. The film has notable battle scenes, its primary focus is on the stories of the Marines.﻿ An historical movie depiction - presented in black & white .