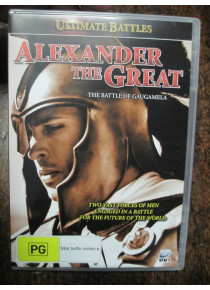 A detailed DVD documentary study of how Alexander The Great won the Battle of Gaugamela which caused the fall of the Persian Empire in 331 BC.