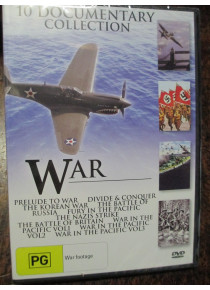 WAR 10 Documentary Collection ' most were made during WW2 by several Production Companies. This DVD documentary is massive in content with a total running time of 788min. See pic above of reverse dvd case which lists what is included on this 4 disc set.