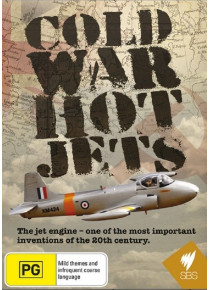 The jet engine is one of the most important inventions of the twentieth century. A triumph of engineering born out of conflict; it accelerated life and revolutionised the world. In the post war World, the jet plane and its daredevil pilots were doing victory rolls over Europe, impressing adoring crowds, and pushing technology to its limits to break the sound barrier.


But by 1950 the jet had become the focus of intense rivalry and one-upmanship between superpowers – a platform for unleashing nuclear Armageddon, a vehicle for undertaking espionage, and the most sought after technology of the Cold War.

Across two programmes, we will explore the vital role the jet played in this conflict; and discover how it was embraced, adapted and improved to face up to the frightening realities of the new era.﻿