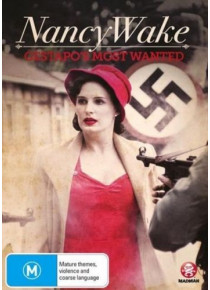 A docu drama about the WW2 Australian spy Nancy Wake.

Nancy Grace Augusta Wake AC, GM (1912 – 2011) served as a British Special Operations Executive agent (White Mouse) during the later part of World War II. She became a leading figure in the maquis groups of the French Resistance and was one of the Allies' most decorated servicewomen of the war. After the fall of France in 1940, she became a courier for the French Resistance and later joined the escape network of Captain Ian Garrow. By 1943, Wake was the Gestapo's most wanted person, with a 5 million-franc price tag.﻿
She survived the war and after much time spent in Australia, died in London  aged 98.